It only takes 30 seconds for a small flame to turn into a full-blown life-threatening fire. House fires are more common than you may realize, with potential fire starters like light bulbs, laptops, and lint traps hiding in plain sight throughout your home, disguised as harmless, everyday necessities. Are you guilty of one of these bad habits that could burn your house down? These careless mistakes can lead to dire consequences. Read on to find out.

We all know that emptying the lint screen increases your dryer’s efficiency, but did you know that lint is also flammable? Mixing excessive heat with lint buildup is a recipe for disaster. Clean the dryer vent and exhaust duct regularly, as well as the interior of the dryer frame, to clear away lint and clogs, and reduce the risk of fire. 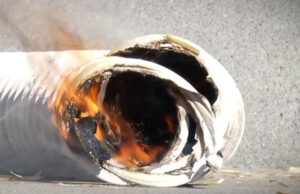 If you own a mobile phone, laptop or tablet, you know how hot it can get. When you leave your device on your bed, couch, rug, or other soft, flammable surface, you run the risk of restricting airflow through the cooling vents, which can cause your laptop to overheat and possibly catch fire. To prevent fires, keep your device on a desk or table instead.

If you’ve ever thought to yourself, “It’s probably OK to use this 60-watt bulb in a 40-watt socket,” you’re not alone. You are, however, putting your home at risk. Installing a light bulb with a wattage that is too high for a lamp or light fixture is a leading cause of electrical fires. Always check the light fixture’s maximum wattage, and never go over the recommended rating.

Using Too Many Extension Cords

Extension cords are meant to be a temporary response to a lack of electrical outlets, not a permanent solution. This is why: Connecting a large number of cords for a significant amount of time can cause an overload that leads to a short circuit—which could ignite a fire. If you need additional outlets, hire a qualified electrician to install them, and you’ll avoid this problem altogether. 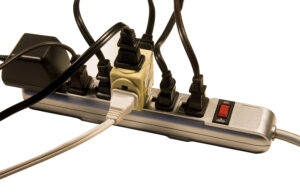 Performing DIYs You’re Not Qualified to Do

Americans will spend about $200 billion this year fixing up their homes, and nearly a fifth of this expense will go toward DIY projects. But jobs involving electrical wiring, plumbing, and HVAC units should never be completed without a qualified professional, because gas leaks and electrical sparks resulting from improper installation are a common cause of house fires. Don’t put your home and your family at risk by attempting these dangerous DIYs on your own—hire a licensed professional instead.

Believe it or not, built-up dust can be a fire hazard if it collects in and around electronics, electrical sockets, and even floor heaters. By vacuuming on a regular basis, especially behind your electronics, you’ll significantly reduce the likelihood that particles of dust will catch fire due to prolonged exposure to heat sources.

Mice and other rodents like to gnaw on electrical wires to control the length of their teeth. Over time, they can remove the sheathing, leaving the wires exposed. Unfortunately, the electric current that travels through the wire generates heat, and in the absence of sheathing this could lead to sparks caused by short circuits, which in turn could ignite the surrounding surfaces. If you suspect a rodent infestation, call a professional exterminator immediately. 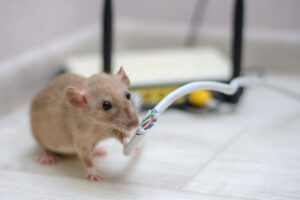 If your furniture is too close to your wood stove or fireplace, it could spontaneously ignite. Pyrolysis, a chemical decomposition of a combustible item, occurs when an object (say, a sofa) is continually exposed to a heat source (a wood stove) and eventually dries out. This leading yet seldom-considered cause of structural fires does not require a direct flame; all it takes is heat and time for ignition to occur.

Candles add ambiance and aroma to any interior, but their soft glow can grow into a blaze far bigger than you planned for if left to burn unsupervised. While you’re away, Fido could knock the votive over, or a draft could cause the flame to flare up and ignite nearby flammable items. Always keep lit candles in sight and out of reach of pets, children, or flammables like drapes. Before leaving the room, use a snuffer to completely extinguish candles.

Cigarettes, pipes, and other smoking materials sparked around 17,200 home fires a year; careless smoking practices indoors are all too often to blame. The embers of an improperly extinguished cigarette can interact with newspapers or other nearby flammable items and start a fire. While smoking in bed can cause nearby bedding to go up in flames, especially if the smoker accidentally dozes off while puffing. To avoid a visit from the fire department, only smoke outside, and be sure to pour water on cigarette ashes and butts before tossing them in the trash.

If no plug seems to stay put in one of your electrical outlets, it’s likely because the metal contact points in the receptacle have deteriorated and no longer allow for a secure connection. Continue plugging into the shoddy outlet and the missed connection could ignite a spark and cause a house fire as the current moves across air gaps, a phenomenon known as “arcing.” For peace of mind when plugging in, call an electrician to replace the at-risk receptacle right away. 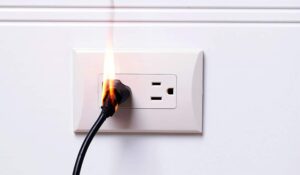 The same space heaters that keep you toasty when the duvet alone doesn’t cut it are the culprit in 43 percent of home heating fires and 85 percent of home heating fatalities. When placed too close to other combustible items, those items can get too hot to handle—so hot in fact, that they can catch fire. Only use heaters that automatically shut off when knocked over, and park them no less than three feet from any item that can burn, be it clothing or bedding.

If you need help with an electrical repair or an electrical safety inspection, We serve For Collins and the surrounding areas. Contact us today to schedule an appointment with an expert electrician you can trust. 970-399-9940 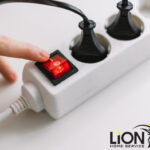 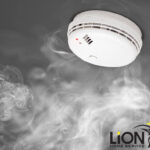 Is Your Smoke Detector Protecting You? Your smoke detector may be the only thing protecting you from fire-related disasters. A functioning smoke detector is necessary to get an instant notification when a fire breaks out and, subsequently, protect your home and … Read More 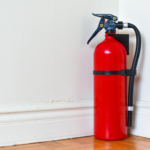 The Importance of Fire Extinguishers in Your Home Fire hazard is one of the most common electrical hazards we see in the home. This article will address the five main types of fire extinguishers, when to use them and why it is critical … Read More 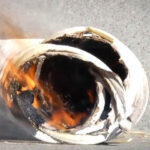 12 Bad Habits That Could Burn Down Your House It only takes 30 seconds for a small flame to turn into a full-blown life-threatening fire. House fires are more common than you may realize, with potential fire starters like light bulbs, laptops, and lint … Read More
All Tips
Services
Connect